Listen to the latest BBR Show by clicking on the link below:

This year, the Year 6 Music Mentors are a particularly strong and dedicated team. Part of their leadership role is to Mentor the younger children either in lessons or at special events, such as Sing Up Day. The Head and Deputy Music Mentors give weekly presentations to the school on the Western House Academy values, linked to a musician and, in addition, they also presented some musical warm ups to the NQT Teachers as part of The Park Federation's professional development scheme. The Music Mentors this year have also been leading after school clubs, such as the Key Stage 1 Choir and have been inspiring the younger class Music Mentors in years 1-5. In their own words, they are: "hard-working, responsible, creative and are leading the way forward for a good musical future!"

This year for Sing Up Day, we decided to dedicate a whole day to celebrate music across our curriculum. The children were invited to come in to school dressed as their favourite musician/singer/artist for a small donation which went towards our charity, Action Aid.

In the morning, dressed as young musicians, the children incorporated some musical activities into their normal timetable and this was overseen by the dedicated and talented Year 6 Music Mentors. Some classes used instruments, some sang, and the whole school, from Nursery to Year 6 made music part of their morning routine.

As a whole day, it was great to see the children having fun and bringing music into their learning, lifting their spirits and allowing the whole school to celebrate collectively! There certainly is power in the music!

Every year, Western House Academy takes its Key Stage 2 Choir to the O2 Arena for the Young Voices concert. This was our sixth year at the O2 and we were lucky enough to be seated very close to the stage rather than up at the top of the arena. Being so close meant that we were much more connected to all of the action, which gave the Choir an extra energy boost when singing and dancing both in rehearsals and in the concert!

The children performed songs from Queen, R.E.M., Panic! At The Disco and Jess Glynn along with a medley of Western musical songs from the middle of last century and much more at this year's concert. Our Choir sang brilliantly and represented Western House Academy with their usual excellent behaviour! We are now looking forward to the O2 in 2021 as this will be a special 25th Anniversary tour for Young Voices! Make sure that you are part of it!

On Wednesday the 27th of November, the Key Stage 1 Choir went to perform at Windsor Parish Church for the annual Slough Music Service Singing Festival. Western House Academy's choir sang alongside five other schools, singing a set of songs that they had all learnt in their own schools. Hearing the choirs come together to sing in unison was magical and brought the whole church alive. In addition, Western House Academy's Key Stage 1 Choir also sang a solo. It was based on the song B.I.N.G.O but instead, they sang, S.A.N.T.A. The children thoroughly enjoyed the whole experience and represented Western House Academy in such a positive way. Well done everyone! 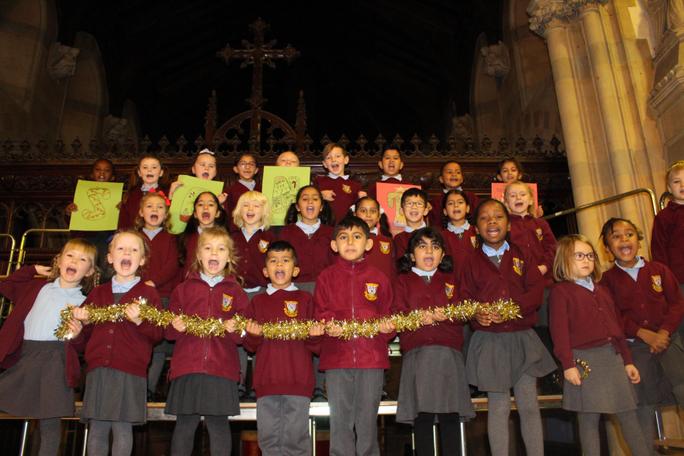 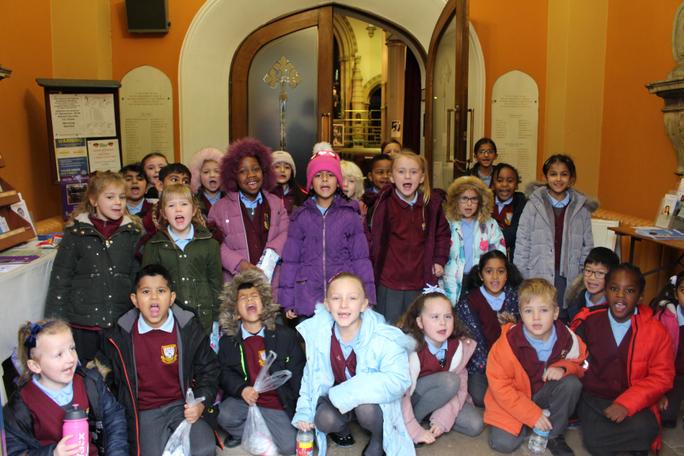 Boom Box Radio is back! After a few years out of action, Western House Academy’s radio station, BBR, is back with a brand new team of presenters! They are working incredibly hard to get regular shows out and have already recorded three shows this term, which is great going for a new team!

The team consists of two main presenters, an interview team, a pop quiz team, the Head Boy and Girl updates, a Sports Team and a Book Review Team, to help us all with our focus on reading!

They are following in the footsteps of the teams who have gone before them and adding their own unique new energy and enthusiasm. There are lots of children listening in at home and making positive comments on the shows and other children from across the school are recording special features on the shows from their PBL work, too.

Here is a link to Western House Academy’s mixcloud page where all of their shows can be found, new and old. Please tune in and support the amazing work this team are doing!

Want to have a go yourself?
We used Purple Mash 2Beat to make a tune then exported it as an mp3 file. We then recorded the voice using a mobile phone and edited the 2 files together using Audacity (free download) and exported the finished jingle. You could try this at home!
Get musically and poetically creative and send us the result! (FAO Mr Barclay)

The Mighty Melody Invaders, Western House Academy's feature band, were lucky enough to be asked to make a music video in the summer of 2018. The song was composed by themselves and the whole project managed by 4Motion Dance and Drama company. Please click here to see their video. Don't forget to 'like' and share!

CD Recording
The wonderful musicians and singers of Western House Academy recorded their third CD on Monday the 15th of May in the Music Room.

The second performance, two days later, was at the first ever Key Stage One Singing Festival for The Park Federation!  Western House Academy performed alongside four other Academies at Lake Farm Park Academy in Hayes!  The highlight was definitely sporting our Christmas hats - not to forget the sunglasses, too!

Congratulations to all each and every singer in the Choir! 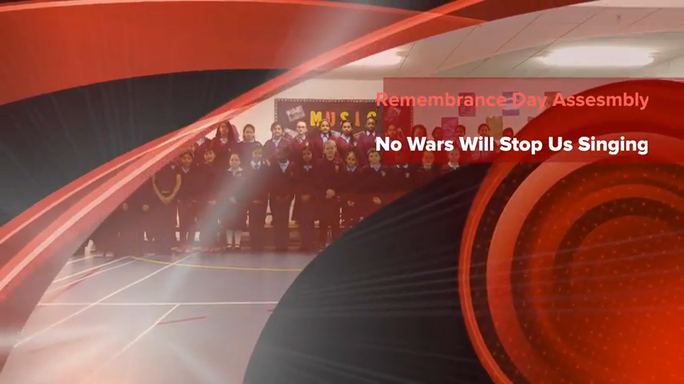 Lieutenant Commander A J Mules, of the Royal Navy, came into school on 11th November 2015 to talk to Years 1 - 6 about Remembrance Day. Year 6 led the assembly which contained poems and songs. John Mules spoke to the children at length about how Remembrance Day started and what it means to him, his colleagues and other servicemen around the world. The choir sang and this can be heard in the video above.

The assembly finished with everyone standing up and singing The National Anthem; a fitting tribute to servicemen everywhere. 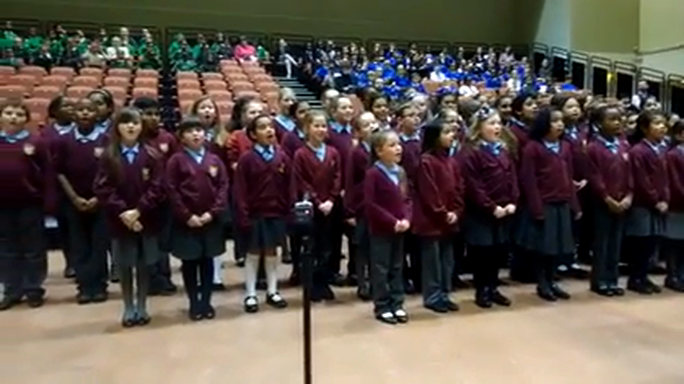 Every year, Western House Academy take their Key Stage 2 Choir to perform at Slough Singing Festival. Schools from across Slough are invited along to sing together as a mass choir. There is also the opportunity for each school to have a solo slot where they can sing one or two songs. This year, Western House Academy sang two songs; the first was an upbeat song entitled, 'Thank Your Lucky Stars' which is about being grateful and appreciative for what we have. The second song was a medley of songs from the band Madness. Songs such as 'Baggy Trousers' and 'it Must Be Love' went down really well with the audience and ​ the choir received a wonderful round of applause at the end! The children, as usual, sang (and danced!) their hearts out and it was an absolute pleasure to have shared that moment with them! Well done everyone! 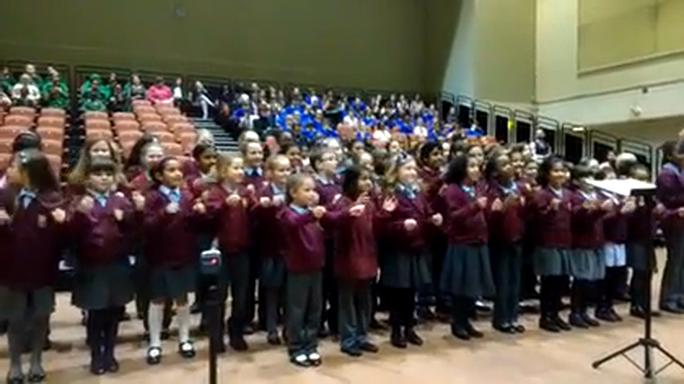 Every year, Western House Academy take their Key Stage 2 Choir to perform at Slough Singing Festival. Schools from across Slough are invited along to sing together as a mass choir. There is also the opportunity for each school to have a solo slot where they can sing one or two songs. This year, Western House Academy sang two songs; the first was an upbeat song entitled, 'Thank Your Lucky Stars' which is about being grateful and appreciative for what we have. The second song was a medley of songs from the band Madness. Songs such as 'Baggy Trousers' and 'it Must Be Love' went down really well with the audience and ​ the choir received a wonderful round of applause at the end! The children, as usual, sang (and danced!) their hearts out and it was an absolute pleasure to have shared that moment with them! Well done everyone!

This prestigious event is only open to Choirs of a select calibre and so it was a real honour to have been invited!  Western House Academy sang alongside children in Choirs from Priory, Upton Court Grammar School, Taplow Girls Choir and The Curve Adult Choir. 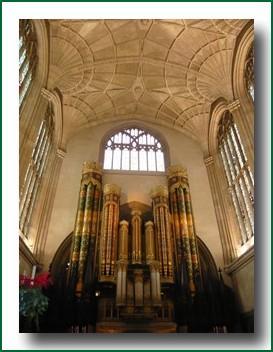 Apart from the Carols sung with the Choirs and congregation, Western House Academy sang two solos; ‘Mary Did You Know?’ and ‘Tree of Light’.  Their angelic voices filled the Chapel and sounded sublime along with the organ!

This rare opportunity to sing in such a magnificent setting was a true inspiration for all involved and will go down in history as one of the most incredible concerts at which Western House Academy’s choir has ever performed! 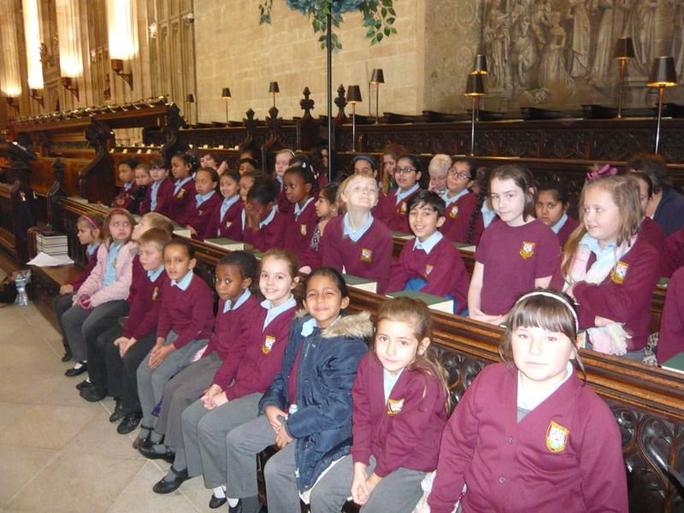 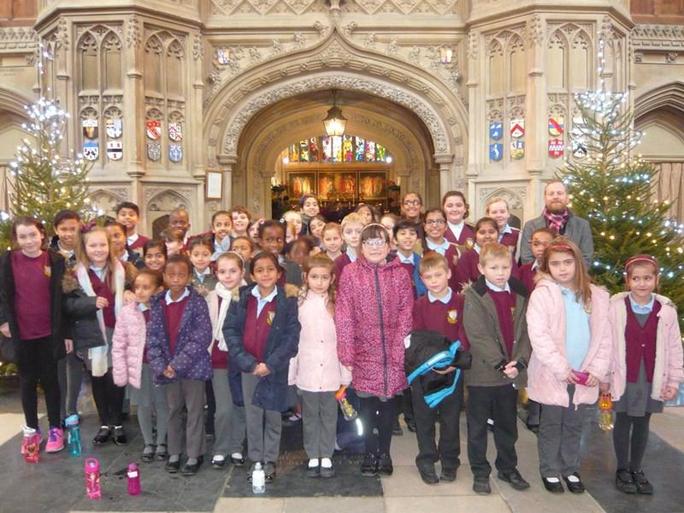 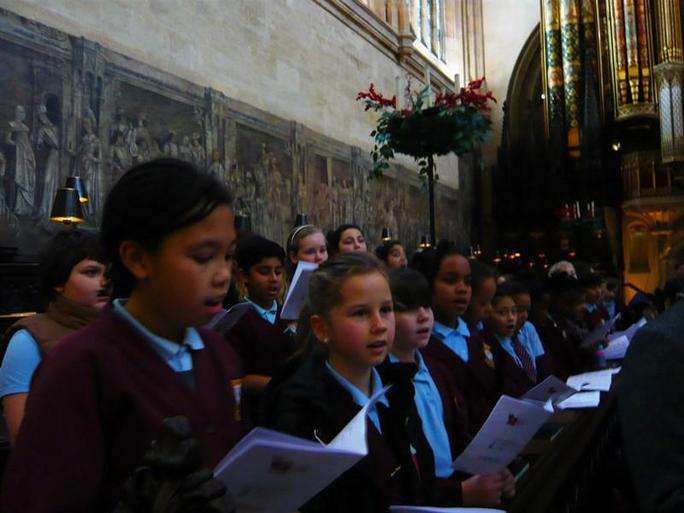 Musical Extravaganza
Children from across the academy treated parents, staff and other invited guests to a night full of musical entertainment. The music department, which is headed up by Mr Robinson, wowed adults by music ranging from the Musical Collective to the Choir - all of which sounded amazing. The children were joined by steel drummers, and GEMS ended the show in the only way they know how to and that is to raise the roof! Mrs Snowden was so proud of the children and she cannot wait to show them of again. Thank you to everyone who attended and filled in the comment sheets - they confirmed what the staff already know and that is Western House Academy have very talented musical children.
2017 Young Voices - O2 Performance!
Western House Academy’s Key Stage 2 Choir returned to the O2 Arena in London for its third year in January with an incredible performance at the Young Voices concert!  Our Choir had been rehearsing since day one in September to learn all of the songs and actions for the concert.

This year, the repertoire included a Rock Medley, a traditional African choral part song called ‘Maliswe’, some classics such as ‘Ain’t No Mountain High Enough’ and more modern favourites such as Adele’s ‘Hello’ and Coldplay’s ‘Adventure of a Lifetime’!

For our children, this really was an adventure as Western House Academy were singing right at the very top of the arena and had what felt like the best view in the stadium!  Our seasoned members of the Choir, who have attended all three concerts, as well as our first timer Year 3 children all really enjoyed the experience of singing along with nearly 8,000 other children from the South East, not to mention a packed O2 Arena!  We even had our very own fan base of cheering teachers at the gates when we came out, just to add to the experience (thank you Miss Langer, Miss Khehar and Miss Bemmer!).

Roll on 2018 and our fourth trip to the magical O2 and a huge congratulations to all of the children who participated in the event! 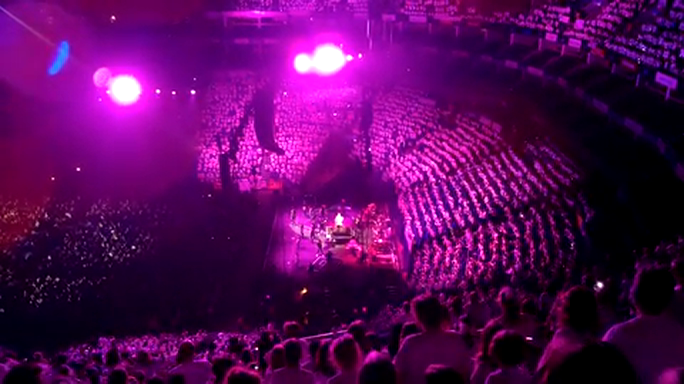 Singing From Scratch
Western House Academy's Key Stage Two Choir made their debut appearance at Slough Music Service's 'Singing From Scratch' event on Friday 23rd June at The Curve Library's performance theatre.  They were joined by five other choirs and learnt to sing five new songs on the day including Michael Jackson's 'Will You Be There'.