For Remembrance Day, 2020 we asked our families to send in any information and memories. Two of our Parents have kindly shared their family's stories , highlighting their brave contributions. 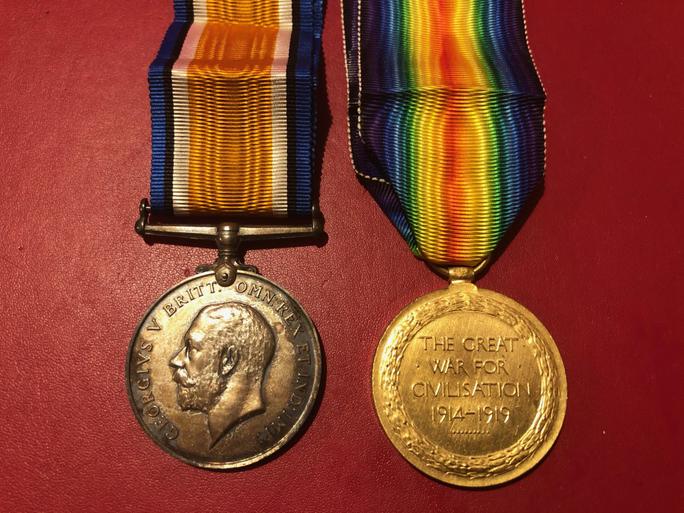 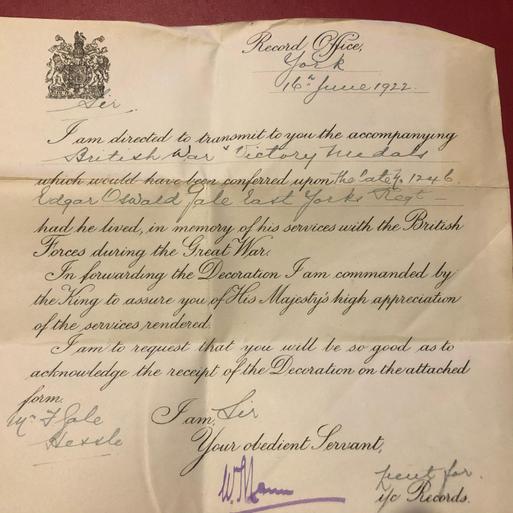 Both of these medals were awarded to Stephanies Great-great-granduncle Edgar Gale posthumously as he sadly died in the trenches defending our country.

The Victory medal is marked 1914-1919, even though the Great War finished in 1918. There were British soldiers assisting in mine clearance in the North Sea and the allied intervention in the Russian civil war up until 1920.

The nicknames were names from a post war comic strip depicting three characters, the main three medals from the war adopted these names and Pip, Squeak and Wilfred and appear to have stuck!